Co-Signing on a Bail Bond? Know the Facts Before you Sign

Co-signing a bail bond means that a person signs a promissory note or an indemnity agreement financially obligating themselves to pay the full amount of the bond if the accused person does not appear in court. Once the bail bond has been co-signed, the accused will be released from jail pending resolution of the charges against him or her by a court of law. 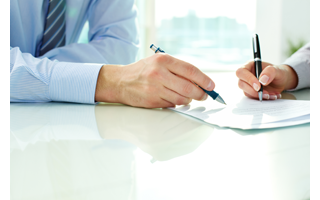 Many times, co-signing involves pledging tangible property, such as cash, cars, homes and other items. This ensures that the bail bondsman will get the money back that he or she has pledged with a surety bond to the court. If the accused flees and cannot be found and taken to court within a certain amount of time, the co-signer must either pay the entire bond or surrender the property that was pledged to the bail bondcompany for collateral.
A co-signer does have certain rights. If the he or she believes that the accused will not appear in court, he or she can contact the bondsman and request that the bond be withdrawn. The bondsman will then have the accused picked up and returned to jail.

According to a national bail website, the bail bond company will receive a percentage of the bond as his or her fee for guaranteeing the bond and securing the release of the accused. The fee is usually 10 percent of the total amount. That portion of the bond must generally be paid with cash and will not be returned to the co-signer.

Not everyone can co-sign bail bonds. The person must be a citizen of the United States and have lived in the same area for a predetermined period, have stable employment and have sufficient credit. Laws may vary by state.